I’m not going to sugarcoat it for you, folks. Chicago Public Schools is $10 billion in debt. The city of Chicago is $20 billion in debt. And Illinois is a whopping $111 billion in debt – all because of severely underfunded pensions caused by the unchecked corruption of government unions and politicians. In fact, the situation is so severe that Chicago’s credit rating is one notch above junk status, and Illinois has been operating without a budget for 10 straight months.

That it even got to this point is outrageous and unacceptable. Because of it, our property taxes are going up, our state income tax is likely going up, and our schools are on the verge of bankruptcy. And how does the Chicago Teachers’ Union respond to all of this? By proposing more taxes! On things like gasoline, Uber rides, hotel stays, and more.

The situation is devastating for Chicago taxpayers, who according to the Illinois Policy Institute, are on the hook for $63.2 billion, or about $23,000 per resident. And if you’re thinking about moving, consider the fact that that multiple states have underfunded pensions – to the tune of $4 trillion. Because of this, some say our generation is on track to become the most taxed generation in U.S. history.

But for this post… let’s just focus on the problem here in Illinois.

Winston Churchill once said that “for a nation to try to tax itself into prosperity is like a man standing in a bucket and trying to lift himself up by the handle.” It’s impossible.

Yet Illinois is trying to do just that. In April, the Chicago Tribune reported that Illinois’ property taxes are now the highest in the nation, followed by New York, New Hampshire and New Jersey. Adding insult to injury, Forbes reported that if Illinois raises its income tax – and there’s talk that it will – Illinois will “fall from 23rd to 48th on the Tax Foundation’s State Business Tax Climate Index.” FYI, the last time Illinois raised its income tax – in 2011 – the Illinois Policy Institute noted that 90 percent of the revenue went to pay for people’s pensions. 90 Percent!

This isn’t money that’s being used to make life better for non-unionized taxpayers. It isn’t improving our schools or curbing city violence. It isn’t even attracting new businesses or creating jobs. All it’s doing is decreasing Illinois’ value to residents. We already have shitty weather, shitty public schools and inexcusable levels of violence. Now we have the highest property taxes in the nation and maybe even the highest income tax too. Why should we stay?

But perhaps what’s more unsettling about the position Illinois has put us in is that it is forcing us to decide which is the lesser of two evils: either we all take a hit, or public employees take a hit.

This is because outside of raising our taxes, there are really only two other viable solutions to this madness: declare bankruptcy or amend the Illinois constitution to allow for pension reform. This forces me and just about everyone I know to “root” for these options instead of raising our taxes – despite the fact that both negatively impact innocent people: the public employees, especially those who are already retired, who probably never in a million years thought that their retirement savings would end up so compromised and well… cheated. This includes firefighters, teachers and even those who picked up city trash or plowed snow.

If either of these things were to happen, public retirees will see their retirement savings reduced, and they may even owe the government. When Detroit filed for bankruptcy in 2013, Bloomberg reporter Chris Christoff wrote that not only were people’s pension checks reduced, they also had to pay back thousands of dollars of excess interest they received. In an article published last February, Christoff wrote about the betrayal felt by people like “David Espie, 58, who will repay the city $75,000 in a lump sum while his $3,226 monthly pension is cut by $216.” Can you imagine being retired and suddenly being told that you owe thousands of dollars because your state politicians didn’t properly budget for your retirement?

And is this somehow better than being told that you yourself owe thousands of dollars in property taxes because your state can’t fund other people’s retirement?

Illinois has put us in a terrible position, and although I’m not an expert, it’s pretty obvious that this isn’t how you operate a city, public school system, or state.

A Shot in the Dark

What’s so scary about the “fiscal basket case” that is Chicago – to borrow the phrase from the Wall Street Journal – is that no one really knows what will happen in Chicago. It took me long enough just to piece together everything above because frankly, local media would rather talk about Republicans fighting with Democrats than any alternative solutions to the problem – even if it is the (very real) possibility of Chicago filing for bankruptcy.

In a letter to the Chicago Sun-Times titled “I hope there is still hope for Chicago,” Lakeview resident Leon Hoffman laments the city’s potential demise, but accepts that “To all things there is a season; all business relationships come to an end; the only thing permanent is change, and suffering is optional.”

They don’t call it old-age wisdom for nothing. Suffering is optional. We don’t have to stay. If things get worse before they get better, people will leave. In fact, many of them already have. 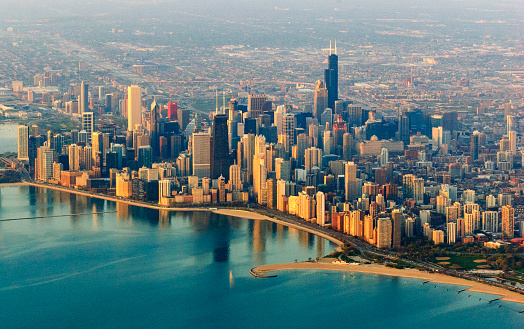 You really screwed over your millennials.
And it’s a shame because we love you, but that love is starting to waver.
Remember what you did about 60 years ago?
When city unions bribed politicians with votes in exchange for (outrageous) pension benefits that you couldn’t afford?
You knew it wasn’t right, but you did it anyway.
You promised police officers, firefighters, and teachers ridiculous amounts of retirement money that you couldn’t. afford. to give.
Now those people are retired, and you’re $20 billion short on delivering your promises.
Twenty. Billion. Dollars.
Chicago, your annual budget is $9 billion!
What were you thinking??
Worse, you expect my generation to pay for your carelessness.
You basically racked up a $20 billion credit card bill, and then asked us to pay for it.
Oh sure, go ahead, deny it.
But you know as well as I know that millennials will end up paying the price.
And Chicago, that really pisses us off.
We don’t like paying for taxes that go nowhere and serve no greater purpose except to make up for your bad behavior.
You foolishly spent not only retirees’ money, but also their kids’ money.
My money.
And you spent it before we were even born.
Seriously??
Here we are facing exorbitant college tuition costs, while everyone around us complains about how much millennials complain, and YOU my beloved city… YOU just royally screwed us.
Just as we’re starting our careers, families, post-academic lives.
Well guess what, Chicago?
We are your future, and we matter.
Whether we stay or leave matters.
Don’t raise our taxes.
Don’t file for bankruptcy.
Figure this out like an adult.
And leave politics out of it.

Disclaimer: The letter above is an attempt to make an enormously complex issue simpler. For those just tuning in, last month, the Illinois Supreme Court ruled against Mayor Emanuel’s plan to cut benefits and force city employees to contribute  more into their retirement – calling it unconstitutional. Now, Emanuel and his team must find another way to make up for a $20 billion shortfall in retiree benefits – a burden that will most likely fall on taxpayers. The question is: how much?

Tune back in next week for a closer look at the issues and what it all means for us.